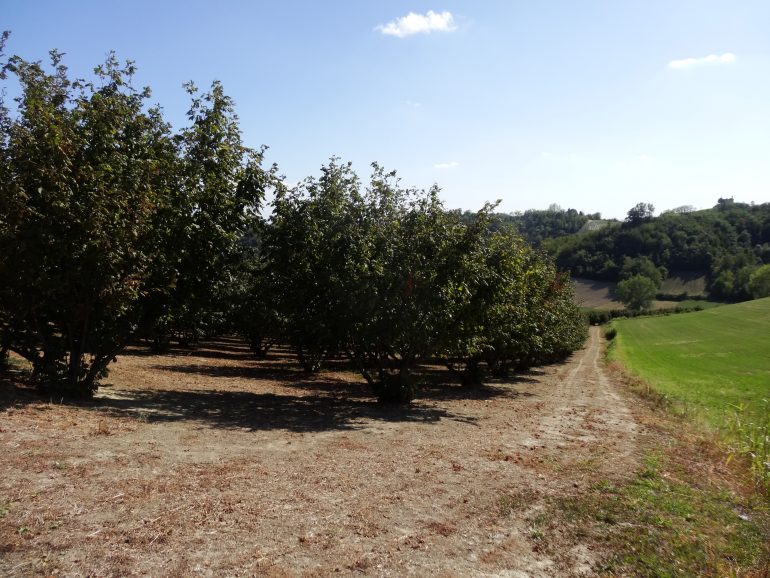 Castagnito (Italy), 27 May 2020 – A joint research team involving SAGEA Group, CREA (the national research council for agriculture supervised by the Italian Ministry of Agriculture) and Ferrero Hazelnut Company, carried a wide research on rotten hazelnuts in Italy from 2016 to 2019.

Hazelnut (Corylus avellana L.) is one of the most important tree nut crops in the world with more than 970.000 metric tons production in 2018/2019. Italian hazelnut production is spread mainly in four regions: Lazio (38%), Campania (37%) Piedmont (13%) and Sicily (9%). Low kernel defect is one among the main characteristics considered in the evaluation of hazelnuts quality.

The four-year survey involved 9 hazelnut orchards in Campania and 7 orchards in Piedmont. Samples collection started at the end of March (bud break/initial fruit formation) and continued until harvest (August–September) and post-harvest (September–October). A total of more than 23.000 nuts were analyzed.

Despite a limited incidence of rotten hazelnuts, several genera of fungi such as Alternaria spp., Colletotrichum spp., Botryosphaeria spp. Diaporthe/Phomopsis spp., Cladosporium spp., Phoma spp. and Fusarium spp. have been isolated during the study. Moreover, in July 2017 in Piedmont and 2019 in Campania Eremothecium coryli, causal agent of dry rot, was isolated from nuts damaged by the bug Halyomorpha halys that showed an altered area with typical dry rot symptoms. In addition, a new fungal specie Didymella corylicola was consistently collected in early stages (March-April) in Campania orchards but its role is still unclear. To understand the role of isolated fungi as potential causal agents of rotten hazelnut, pathogenicity tests will be carried out by artificial inoculation.

The study is available here and here (both in Italian).